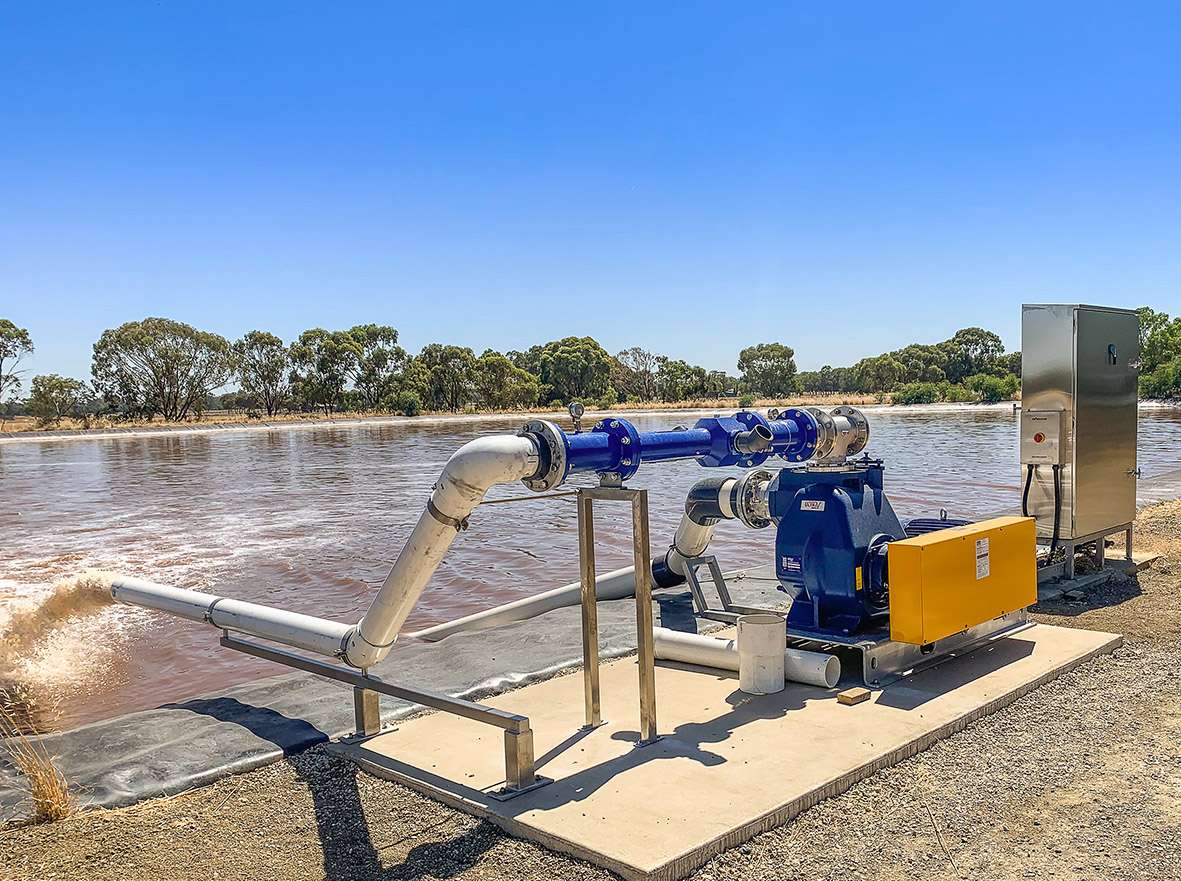 In 2018, the Environmental Manager at Bega, Northern Victoria, Mr Sean Trebley, was given the task of upgrading their Strathmerton Plant’s wastewater aeration system.
The wastewater system consisted of a DAF unit, which flowed into an aerated lagoon, and after this the effluent was stored in 2 non-aerated lagoons during winter, before irrigation in summer.
Aerators are needed to keep the COD down and reduce odours in the aerated and the downstream non-aerated lagoons. They had an ageing system of surface aerators in the aerated lagoon, consisting of two 22kW units and six 8kW units, however generally only 1 or 2 of these units were operated at any time.
Over a number of years these surface aerators had progressively failed because of their age and repairing them meant deploying cranes and/or boats to access them. This process was expensive and had resulted in damage to the dam liner. Eventually it became uneconomic to keep repairing the aerators.
Therefore it was decided to look for a solution that was safer for operators and easier to maintain. 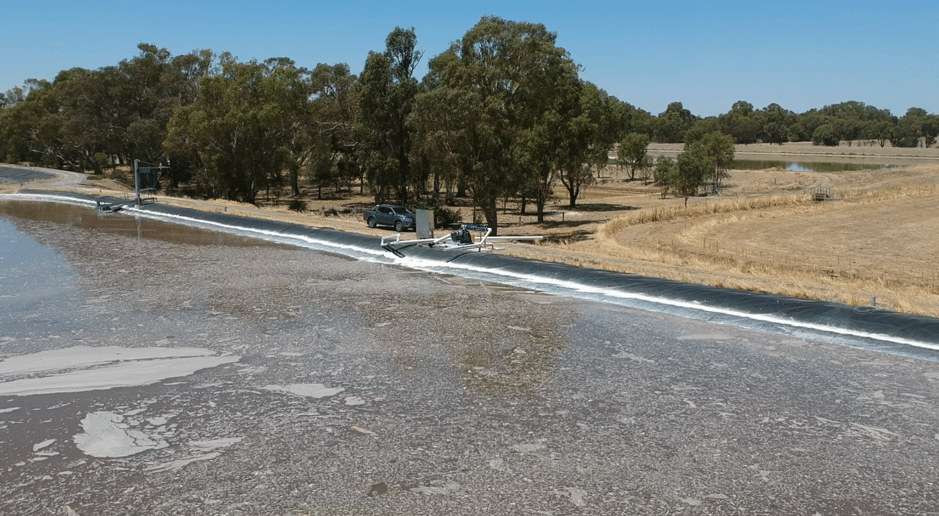 Mr Trebley contacted Hydro Innovations to discuss the use of their “bank-mounted” Venturi Aerator systems. These are mounted on the banks of lagoons and use a self-priming pump to draw water from the lagoon. The pump discharges it under pressure through the Venturi Aerator. The unit draws in atmospheric air using the “venturi effect”, mixes it with the water being pumped, and discharges it back into the lagoon, charged with dissolved oxygen.
Sean and his team really liked the idea of bank-mounting because it gave operators easy access to equipment for monitoring and/or repair, making it much safer and more cost effective to maintain. Their only concern was whether the Venturi Aerator units were as efficient as the surface mounted technologies.
Hydro Innovations were able to provide information indicating that with the use of the right pump, oxygen transfer efficiency [OTE] for Venturi-Aeration units can be as high or higher than 1.86kgO2/kWh, making them as at least as efficient as the surface [floating] technologies.
The aerated lagoon contained 45ML of effluent, with in-flows from 80-120ML per year. This required a 150mm Venturi-Aeration unit and was paired with a Gorman-Rupp V6A60-B self priming pump, with a hydraulic efficiency of 70%.
Bega installed the unit early in 2019. The above photo shows the condition of the lagoon at this point, after the previous system had been decommissioned several months previous. 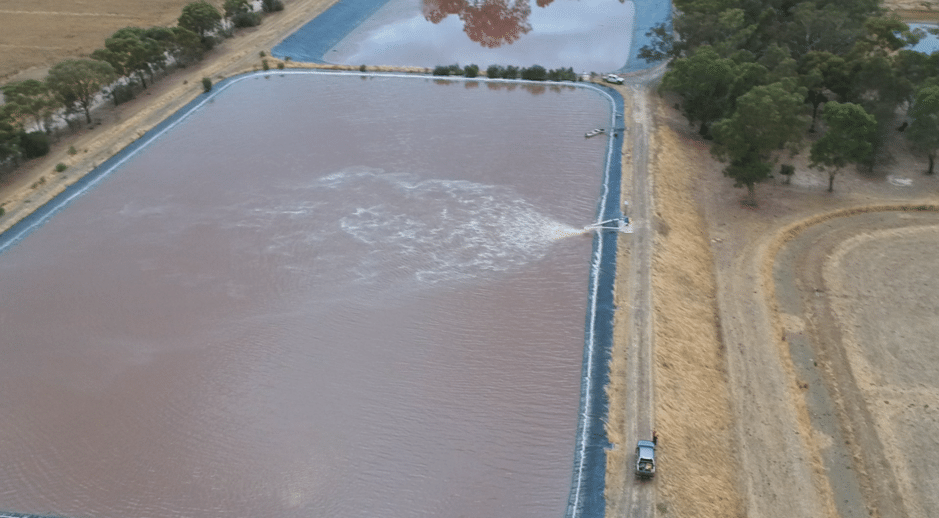 In this photo, it can be seen that ripples from the Venturi aerator “radiate” to all parts of the lagoon, ensuring a good level of mixing.

Since installation, operators have seen a continued increase in the dissolved oxygen [DO] level, and have seen COD fall by 50% even though the higher level of mixing was re-suspending settled solids, which became more “bioavailable” to the CFUs.

Sean and the Bega crew are happy with the ever increasing levels of DO, the reduction in COD, and their odour-free lagoon. The Wastewater & Maintenance Teams are also pleased that monitoring and maintenance can be done safely, and without the use of cranes, boats or winches.

More information about Venturi Aerators or Gorman-Rupp pumps can be obtained from info@hydroinnovations.com.au

Self Priming Pump Ideal for Seawater at Daydream

A seawater pump was needed at Daydream Island to pump filtered seawater to the Living Reef on the North Side of the Daydream Island Resort. They needed a flow rate of 180m3/hour, and wanted this delivered by both pumps in a dual pump arrangement. To do this with submersible pumps would have required the construction of a “wet well” with...

How food production companies are benefiting from our Echo-Storm venturi aerator?

Even the best pumps require basic attention and maintenance to ensure they provide an exceptionally long service life and unmatched performance.