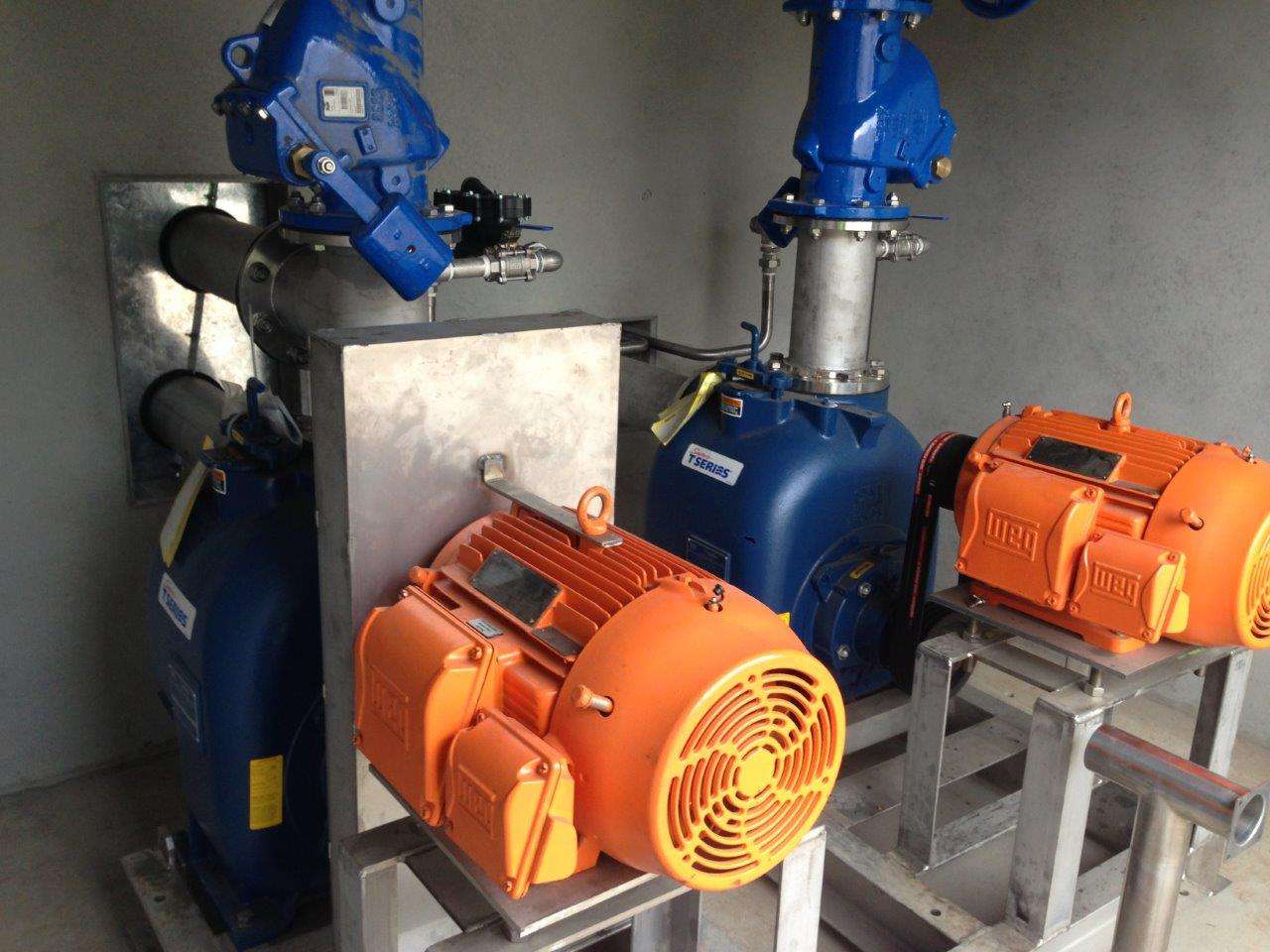 A Victorian milk company needed a stormwater pumping system that required pumping from three separate locations back to the one point, pumping eventually through a common discharge line. As each sewage pump station could pump at different times, and with differing flow rates from each, consideration needed to be given to VFD’s, motor sizes, pumps “fighting” with each other for space in the common discharge line, and not over-performing when one pump at one station could be the only one operating in the system.

They came to Hydro Innovations for an engineered solution. The “popular” option up until that point (suggested by all other pump companies), was to supply pumps with large motors to enable them to run at faster speeds to produce the required pressure when all pumps at all stations needed to operate. Because the system was being set up as a duty/standby, all six pumps were required to have large motors. This meant that power needed to be provided to these satellite spots to accommodate these larger motors. A costly solution, with large motors, large power cables, and high energy costs.

Hydro Innovations suggested the use of Gorman-Rupp self priming pumps in conjunction with “series/parallel” piping. This is a special piping arrangement that allows each pump to operate independently at each station, allowing pumps to alternate between cycles, but when a single pump at any station cannot keep pace with the in-flow, the second pump starts up in series with the running pump. This means that both pumps are working together to overcome friction losses in the discharge line instead of against each other. This enabled the use of much smaller motors and smaller power cables.

The self priming pump system was duly installed, with Hydro Innovations designing and building the pump systems with their special piping and valve arrangements. The milk company saved money on capital set-up, and enjoys the on-going energy cost savings.

Need a dewatering pump that can handle debris laden water?

The PAV3 pump has a revolutionary new [Patent Pending] impeller design which is said to be able to handle large solids while maintaining efficiency.

Gorman-Rupp is an industry leader in the design and manufacture of reliable gear pumps for a variety of applications. The pumps are built to help reduce costs and downtime

When the Operations Manager at Junee Prime Lamb required a a wastewater pump for the lamb processing facility, he called on the team at Hydro Innovations.