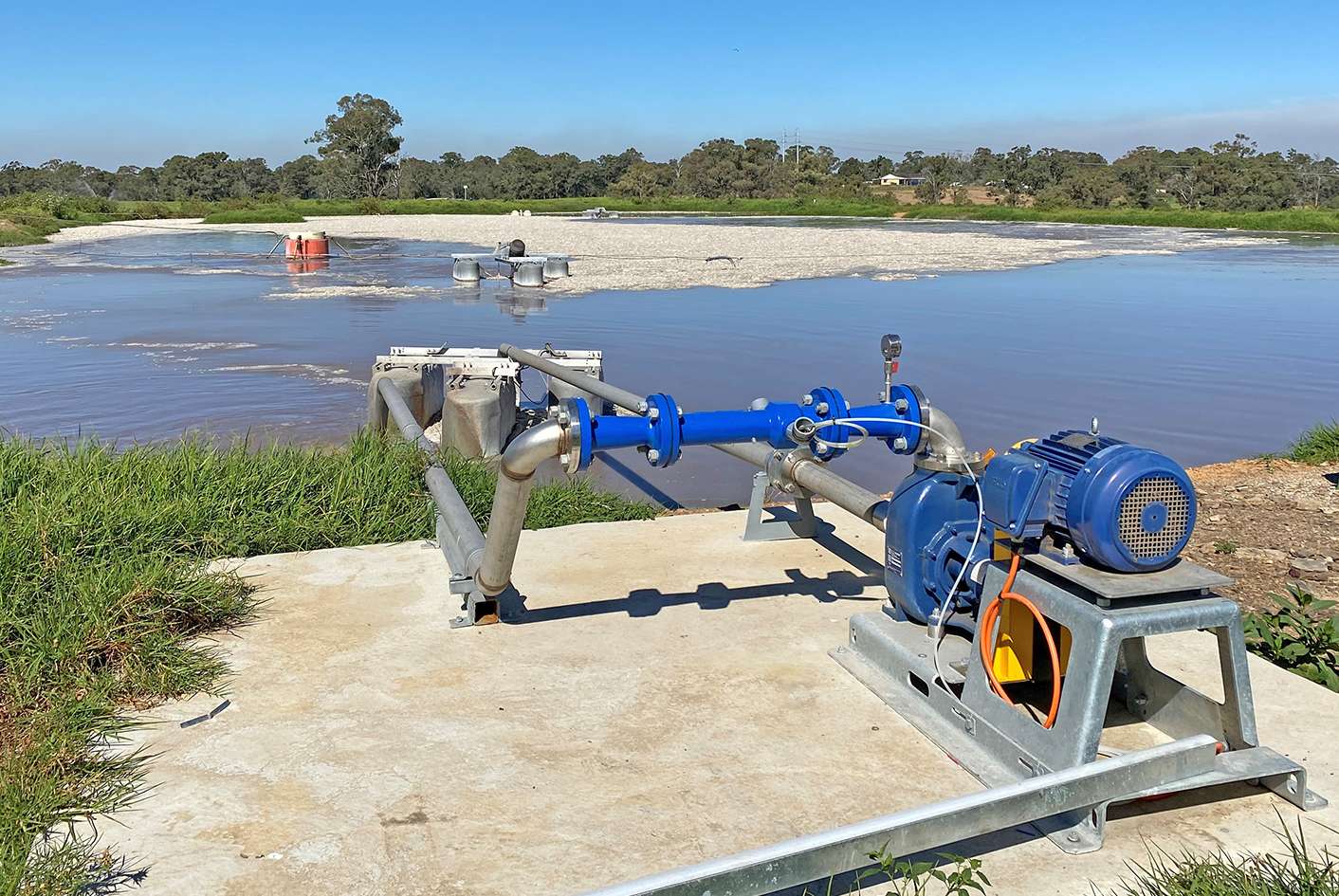 A J Bush & Sons (Manufactures) is one of Australia’s largest east coast protein recovery providers, operating rendering and manufacturing plants in NSW and Qld. The plants specialise in processing animal by-products for the meat/butchery industry. The NSW (Riverstone) plant’s collection area, in addition to Sydney Metro, ranges from Nowra in the south to Canberra, Dubbo and Bathurst inland and up to Newcastle and Tamworth in the north. The material collected is recycled into products used for livestock, pet food, aquaculture, fertiliser and biofuels.

A J Bush’s Riverstone plant has undergone numerous upgrades over the years, aligning with company goals of minimising waste, reducing the risk of pollution (odour) and continuous improvement in providing a safe work environment for employees. As part of this program, Plant Engineer Nick Lawrance contacted Hydro Innovations for advice and assistance in replacing ageing surface (floating) aerators on the plant’s wastewater treatment system. Lawrance wanted an aeration system that could be monitored and maintained from the lagoon banks and provide a safe environment that operators could attend to maintenance and keep the aeration system at peak operational efficiency.

Hydro Innovations proposed a Venturi Aeration system as an alternative to traditional surface-floating aerators which have always been considered difficult and potentially hazardous to service or maintain. These surface aerators are usually connected to a lagoon bank by cables and generally require operators to ‘paddle out’ in a small boat to carry out any work.

It was emphasised that by using the Echo-Storm Aerator, asset owners can minimise WHS risks and reduce maintenance and operating costs when compared with surface (floating) aerators.

The Echo-Storm Aerator can produce the desired level of mixing and dissolved oxygen with all the equipment located on the banks of lagoons/ponds, not in or on them.

The rendering plant had been operating five floating units and when one of these failed it was decided to install a Venturi Aeration system to trial the effectiveness and operation of the system.

After just a month of operation, significant results had been achieved especially in the reduction of surface scum, maintaining required dissolved oxygen levels, improved operating efficiencies and contributing to lower odour levels.

The other obvious benefit of the newly installed ‘bank mounted’ Venturi Aeration system is the ability to quickly, safely and easily inspect the system or make any adjustments to the operation of the equipment if required, ensuring a safer working environment for operators.

Lawrance is pleased with the results and is considering replacing the balance of the old system to bank-mounted The Echo-Storm Aerator.

What is a Echo-Storm Aerator?

The Echo-Storm Aerator is a device used to mix and aerate tanks, ponds and lagoons; it uses Bernoulli’s principle, whereby a low pressure area is created by an accelerated fluid.

The Echo-Storm Aerator is used in conjunction with a self-priming pump.

The pump draws water from the source and pumps it into the Echo-Storm Aerator.

Within the aerator, there is an ‘acceleration zone’ where the pumped fluid is accelerated, creating a low pressure area within the ‘aspirating zone’.

Here, it draws in atmospheric air at the rate of 2.2 times the rate of the fluid being pumped.

The air and water then passes into the ‘mixing and oxidation zone’ where the wastewater and air are mixed under pressure.

The turbulent mixing facilitates the removal of substances with weak Henry’s constants such as CO2 and VOCs.

It also oxidises sulfur-containing molecules such as hydrogen sulfide and mercaptans for effective odour and corrosion control, as well as reducing the size of organic molecules.

The fluid, saturated with dissolved oxygen, is then pumped back into the source.

Because of the nature of the system (using a self-priming pump), mixing and destratification is controlled by the positioning of the suction and discharge of the pump. Water can therefore be drawn from anywhere and at any depth of the tank or lagoon, and can be discharged anywhere at any depth.

Veolia Northern Territory required a cost-effective solution to provide a large amount of micro-sized air bubbles for the DAF system at its wastewater treatment facility.

Gorman-Rupp is an industry leader in the design and manufacture of reliable gear pumps for a variety of applications. The pumps are built to help reduce costs and downtime

Gorman-Rupp’s new Super T Series [D and E “versions”] have improved efficiency and being self-priming, are easy to access and maintain. Introduced as an